RULERSHIP is a label for seasonal qualities and characteristics indicated by the part of the sky that the sun is moving thru during the year. 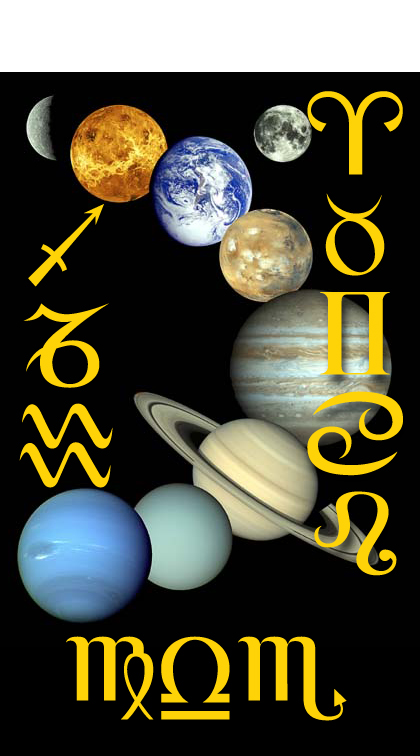 In Astrology, a planet’s domicile (or less commonly house, not to be confused with the astrological house system) is the zodiac sign over which it has rulership. This is a separate concept from the houses of the horoscope. A planetary ruler is given to each sign, over which the planet is said to have a more powerful influence when positioned therein. A planet is considered to be in domal dignity when it is positioned in the sign it rules. This is the strongest of the five essential dignities of a planet.

The assignments of the ruling planets appear to be based upon the Northern Hemisphere seasons, as the Sun (Sol) and the Moon, the principal bearers of light and heat, were awarded to Leo and Cancer, respectively, since the months the sun passed through these signs (in ancient times) were the warmest and had the longest days.

Conversely, Saturn, the most distant (and hence the “coldest”) of the planets known to ancients, was accorded the rulership of Aquarius and Capricorn, the signs opposite Leo and Cancer, respectively.

Jupiter, being next farthest away, was given the signs on either side of Aquarius and Capricorn (Pisces and Sagittarius), and Mars, next in order, received the next two (Aries and Scorpio).

Since Mercury never appears more than one sign from the sun in either direction, it was deemed to rule the two signs on either side of Leo and Cancer (Virgo and Gemini), and since Venus can never be found more than two signs from the Sun, it obtained the rulership of Libra and Taurus.

The discovery of planets outside of the geocentric field of vision in modern times provided a dilemma for astrologers, which most eventually resolved by a general consensus declaring Uranus to be Aquarius‘ ruling planet, while assigning Neptune to Pisces and later, Pluto was given to Scorpio.

Many attributes are considered in assigning astrological food rulership. Some are:

Each individual food may fall under more than one sign or planet rulership. For instance, nuts are rules by Gemini and Virgo, tomatoes by Aries and Cancer. Multiple sign assignment is common.

MEDICAL ASTROLOGY, (traditionally known as IATROMATHEMATICS), is an ancient medical system that associates various parts of the body, diseases, and drugs as under the influence of the sun, moon, and planets, along with the twelve astrological signs. Each of the astrological signs (along with the sun, moon, and planets) is associated with different parts of the human body. The underlying basis for medical astrology is astrology itself. – wikipedia